Here’s a sweet treat from SM CDO Downtown Premier last February 14! “Love Strings: Acoustic Popfest” was an acoustic band competition that saw the best acoustic bands gather together and compete for the title of being the best group when it comes to vocal prowess. 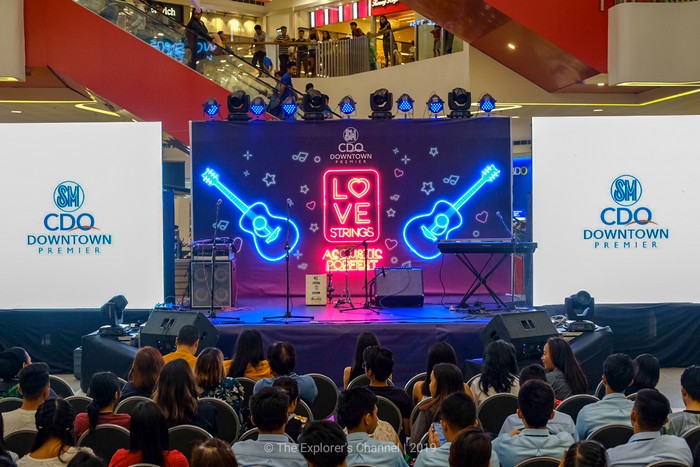 It was hosted by Maxine Monasterio-Mejia.

No date last Valentine’s, no problem! SM has you covered! The event started out with strong performances from the Acoustic Groups. The performer competitors include; Ground Zero, Beyond Harmony, Simple Letters, Cozy Band, The Fourth, Arza Mego, Mixed Wings, Ablaze Acoustic, New Vibes, and Spy Glass. 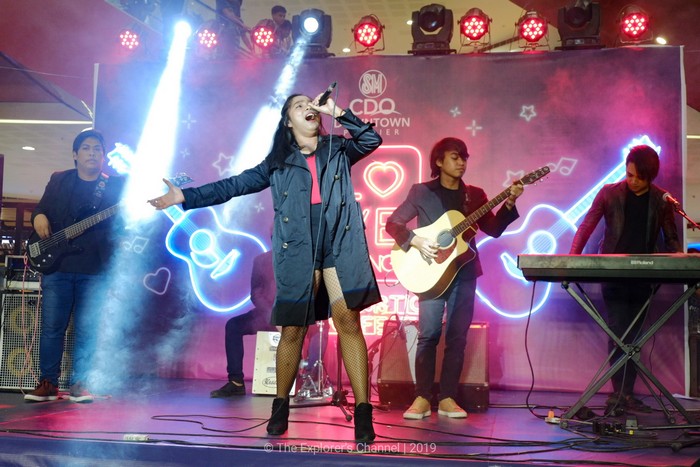 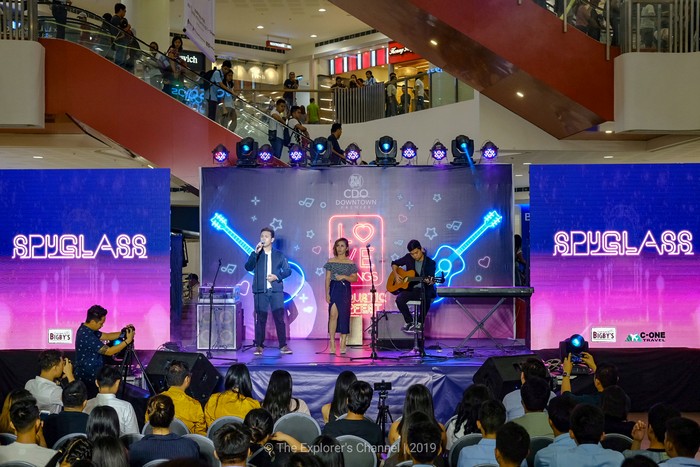 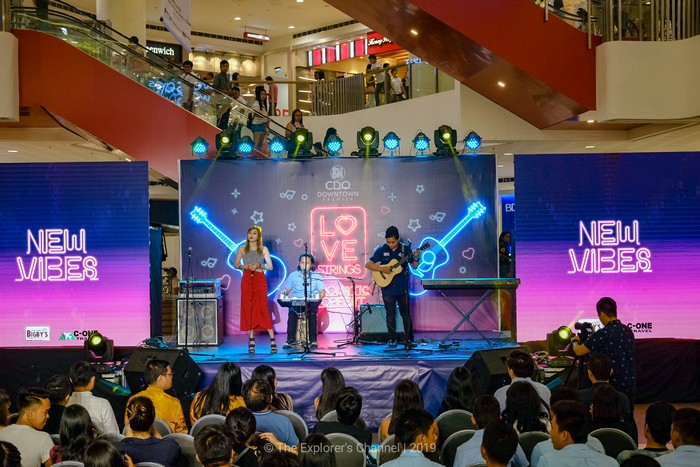 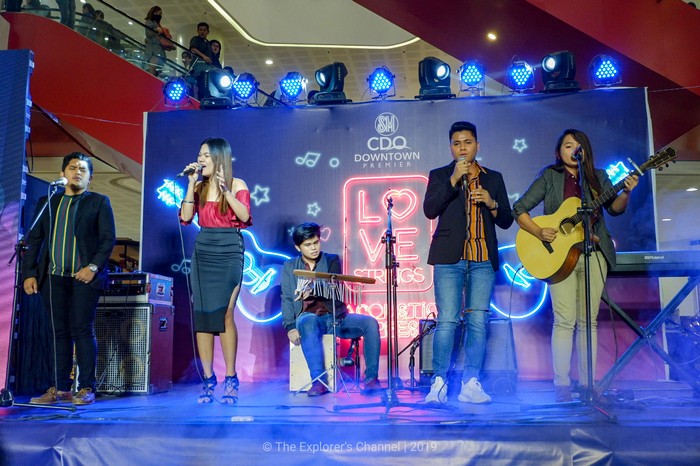 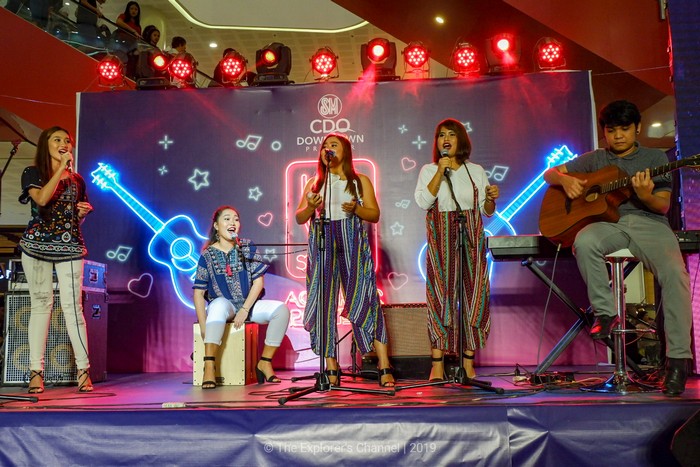 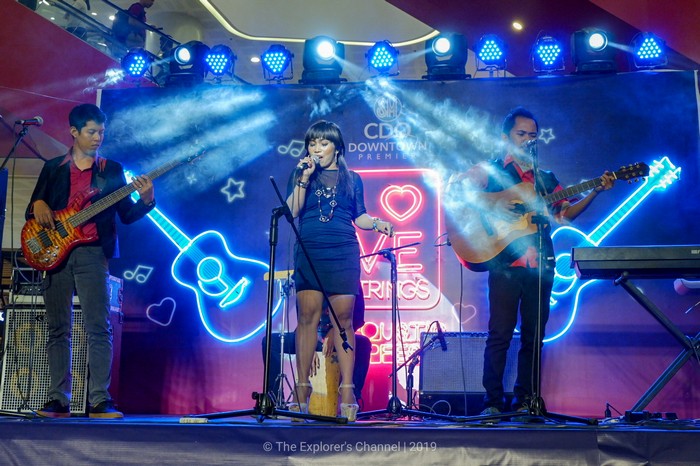 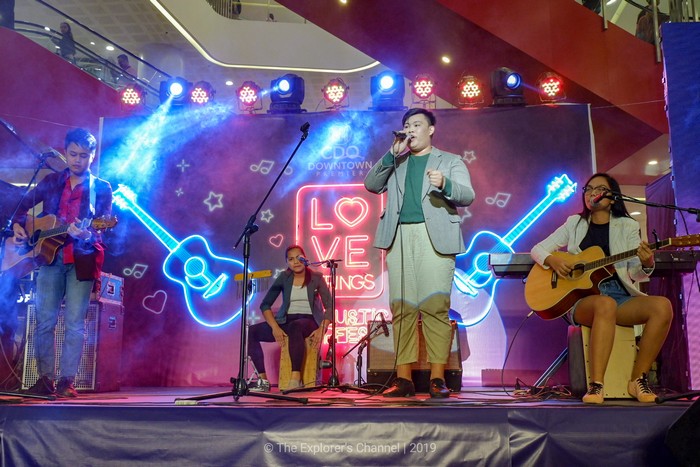 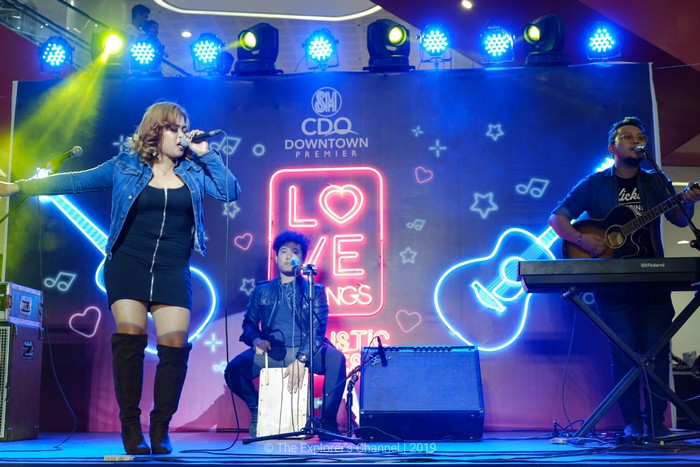 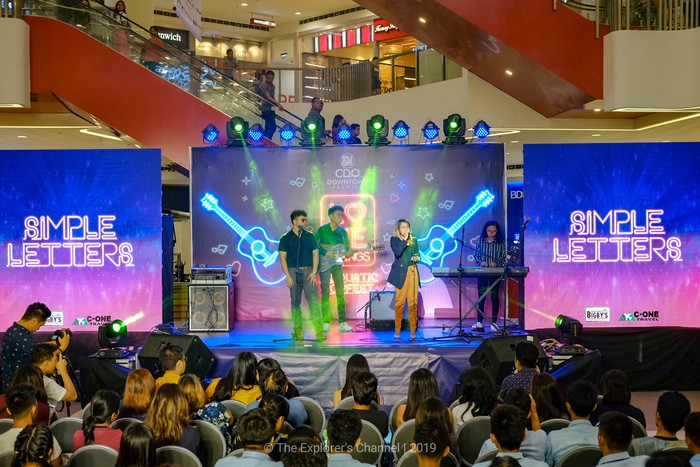 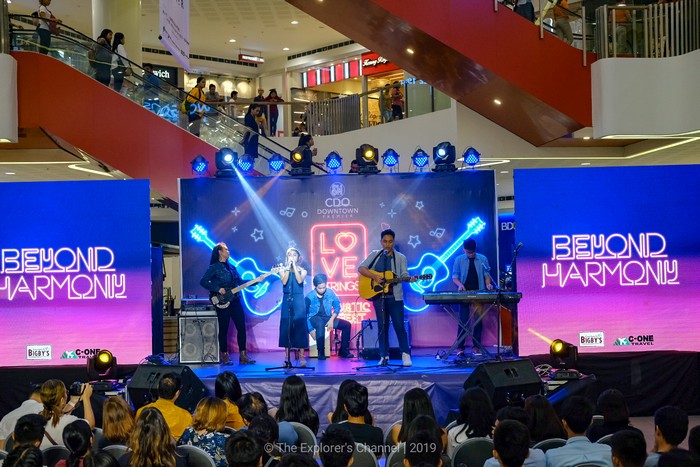 After the 10 bands have performed, a short break was needed for the judges to be able to jot down their scores and pass on judgement as to who will be the winners.

To entertain the crowd, YouTube sensation “Sabrina” went on stage and delivered some great love songs and did not only enchant the audience with her voice but with her exquisite beauty as well.

When she was done, the performer whom everybody was waiting for went on stage which drew loud cheers from the crowd! It was Stephen Speaks finally there to serenade everyone and make Valentine’s Day even more meaningful and exciting for everybody. 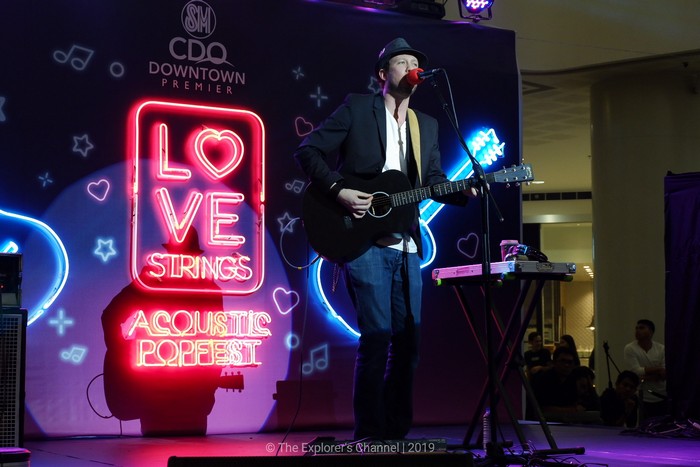 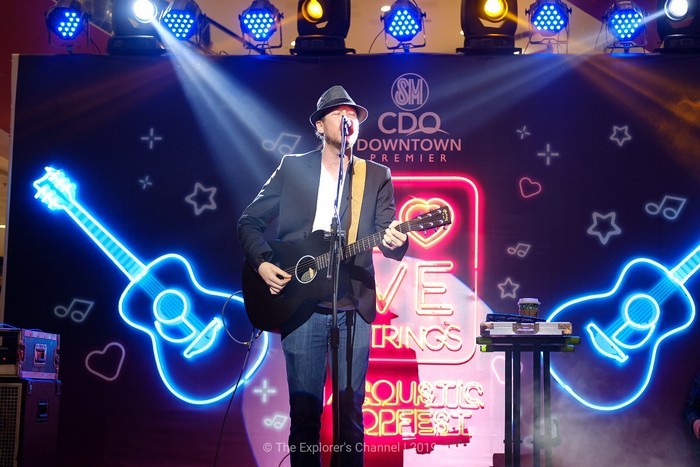 He sang some of his band’s best hits and even delivered his own version of “Chasing Cars” by Snow Patrol which really amazed the crowd. What fascinates people about him, even more, is his capability of being a “One Man Band” since he knows how to do sound/beat mixes as if they came from various instruments and put them together as background music for his songs. 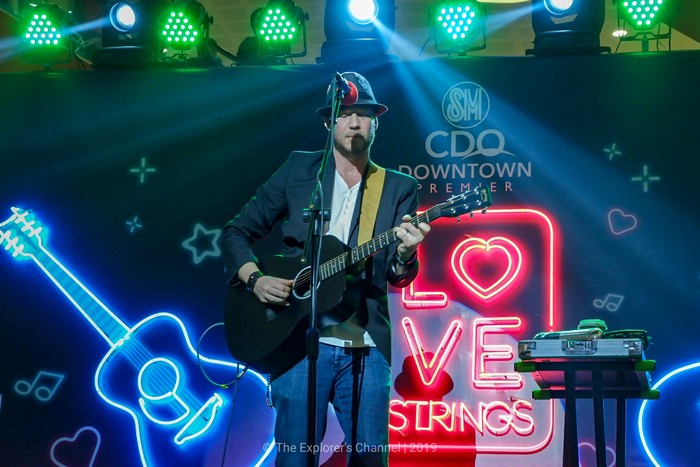 Rockwell said he loves the Filipinos since, like him, they are very romantic people. He also grew fond of one of CDO’s signature dishes called “Sisig”. Furthermore, he also revealed that SM CDO Downtown Premier was probably the biggest mall he’s ever been to. In addition, he also gave some love advice which he said is the secret to a long-lasting relationship which is to woe your woman every day as if you were still courting her. Never stop exerting effort no matter how long you’ve been together because by doing so, you are able to prove how much you love somebody. 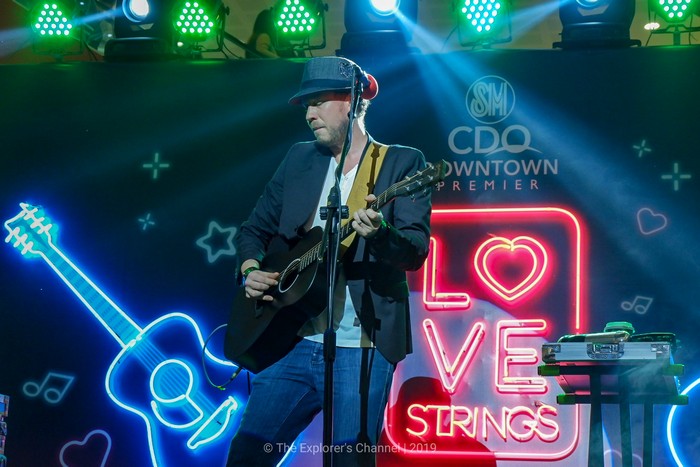 A few moments later, Rockwell requested for a selfie with the audience and even recorded a video greeting for his beloved wife, Alicia so she could see how amazing the CDO crowd was. He delivered a few more songs and said bid goodbye to the audience.

A Meet and Greet session then followed suit with Stephen Speaks and a photo op with him and the VIP guests took place. Sabrina was also bombarded with selfies by excited fans. 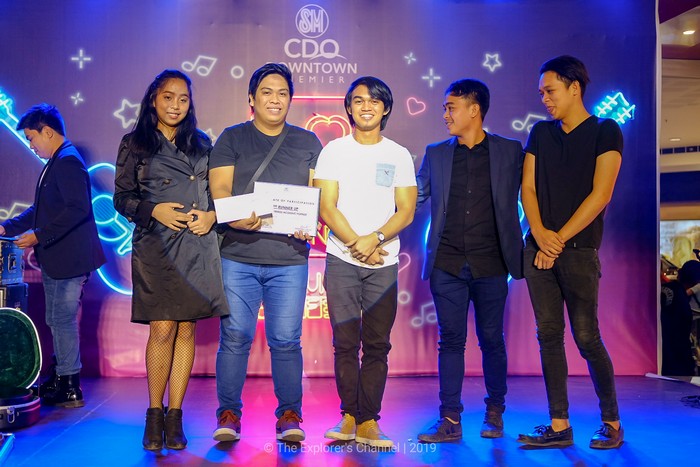 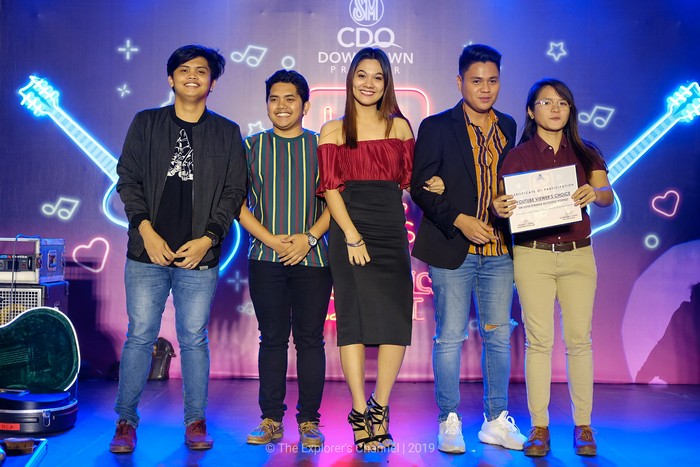 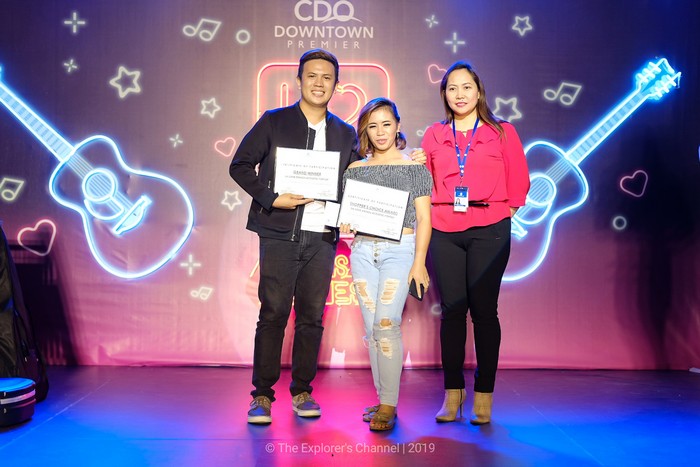 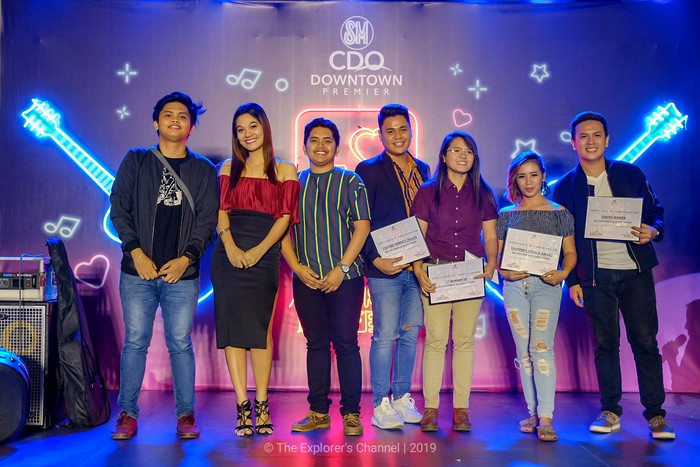 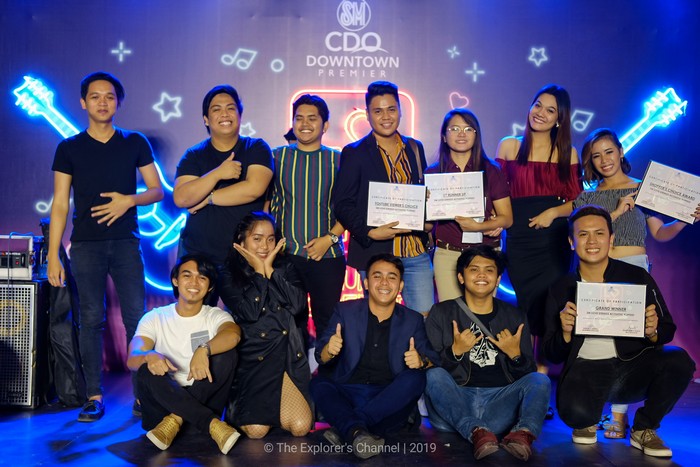 The winners of the contest were then announced and a picture-taking ceremony then took place which concluded the event. 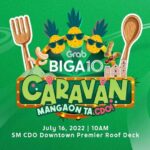 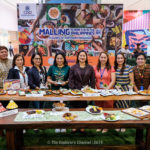 Malling is More Fun in the Philippines: A Grand Showcase of Northern Mindanao Flavors 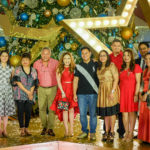 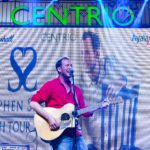 Stephen Speaks LIVE at Centrio Mall Cagayan de Oro: Great Song Performances from the One Who Brought Us “Passenger Seat”