El Salvador is a quiet town yet one of the most-progressive cities in Misamis Oriental. Many are unaware of its hidden beauty including me and my team. However, thanks to the city’s tourism and LGU’s, we were able to explore El Salvador and unlock its hidden treasures. Going to El Salvador takes about 30-45 minutes ride from Cagayan de Oro City. One may reach it by taking off from Cdo riding a van or via jeepney ride. 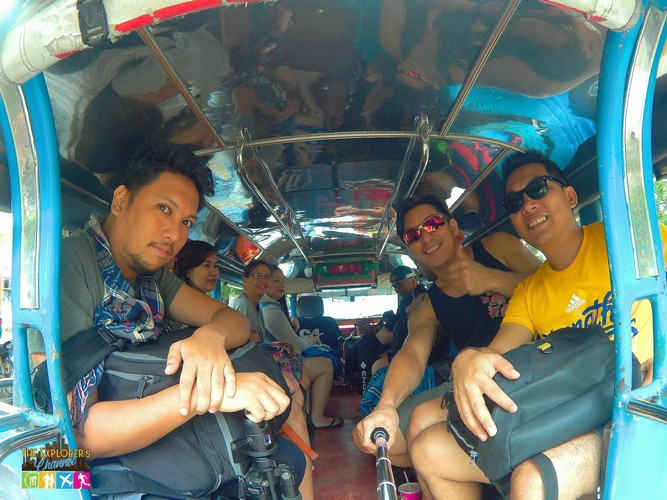 Together with our fellow bloggers and media representatives from different outfits, we went on to visit the place’s top tourist destinations, learned a bit about their history and experienced some of their best products they’re known for.

Perhaps you’ve seen or purchased any of their products from the supermarket in the past. But what you don’t know is that Highland Fresh is actually a part of a huge cooperative known as the “Northern Mindanao Federation of Dairy Cooperatives” and offers a wide variety of dairy products. 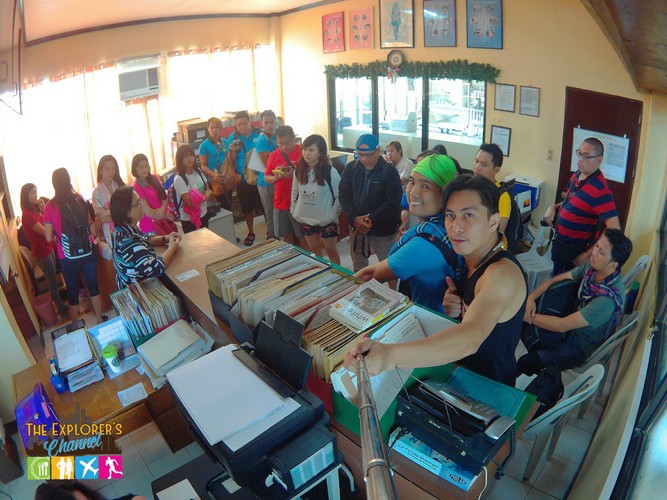 NMFDC is the only secondary dairy producing cooperative in Northern Mindanao operating its own milk processing plant and directly marketing its finished products. In its more than 25 year of operation, NMFDC has been growing consistently under the leadership of its officers, an efficient operating team and the unrelenting efforts of committed workforce. 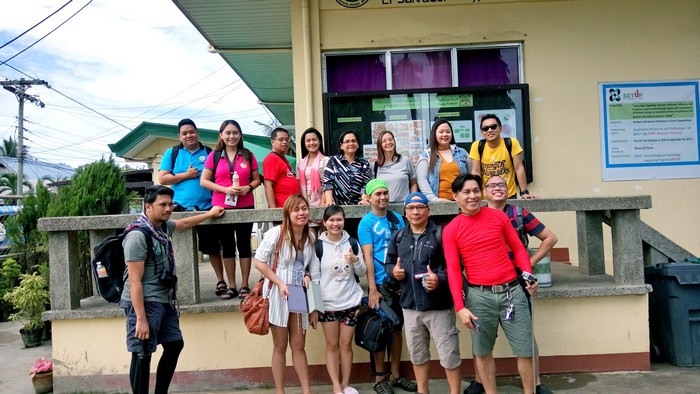 We were able to have a sneak peek of Highland Fresh’s daily operations. 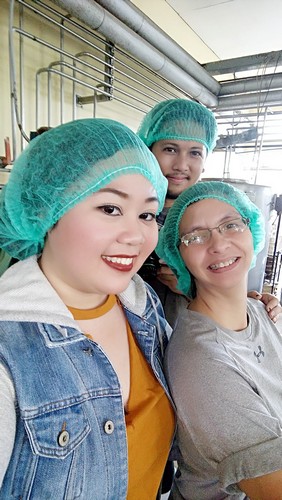 First we got a glimpse of how the Cheese is being prepared and then how their fresh milk was being manufactured from factory to bottle. 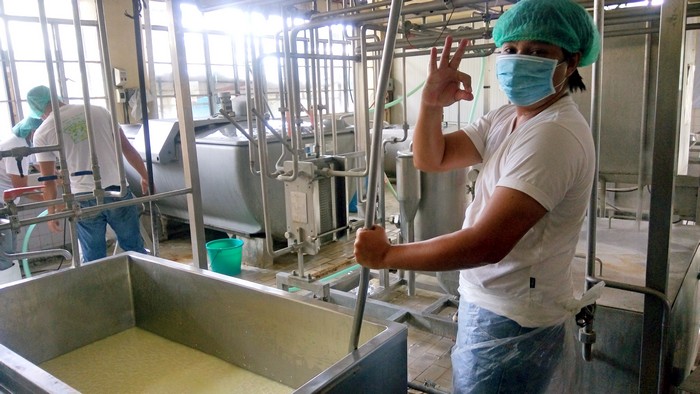 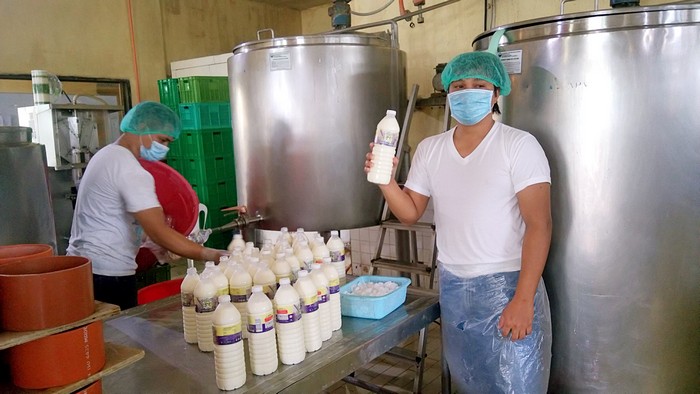 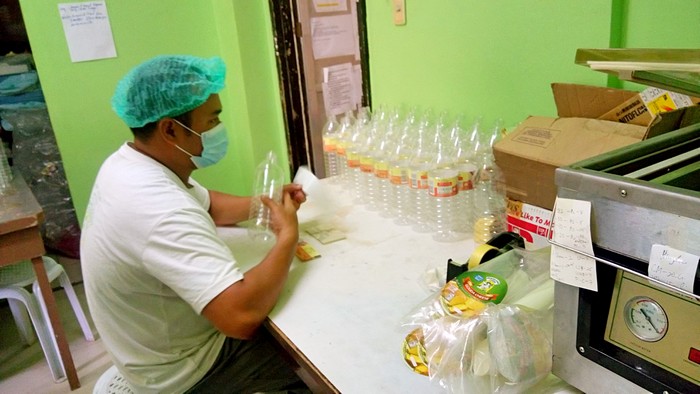 It was so cool to be able to see the process of how dairy products are being prepared before they enter the supermarkets. I was really intrigued with the cheese room. So when we entered, I got so curious and asked a lot of questions from the tour guide, who is one of their staffs. 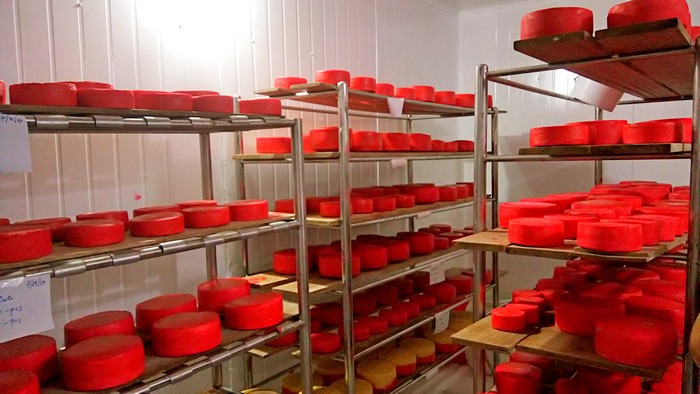 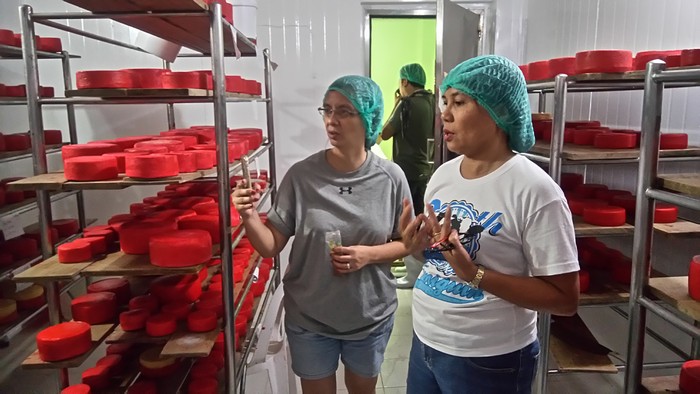 According to the staff, cheese takes 3 months before it matures and will finally be ready for packaging and then released to the market. Their famous “Gouda Cheese” is very popular among cheese lovers in several parts of the region. 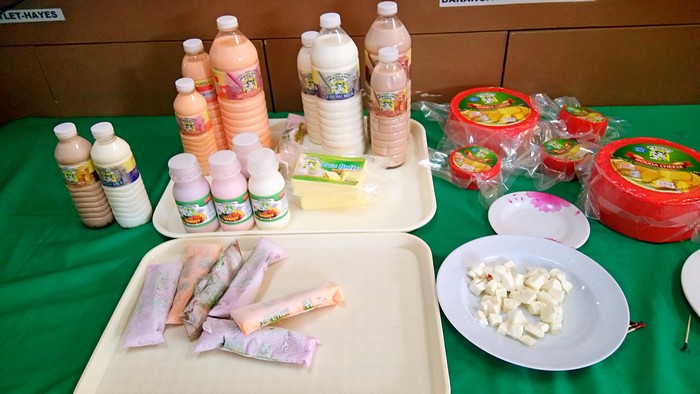 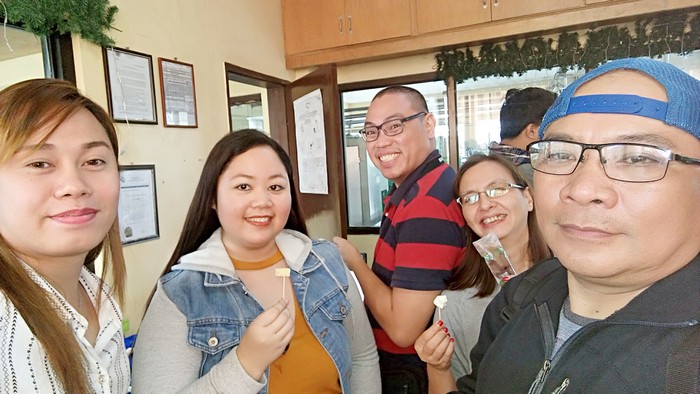 After the tour inside their production area, we were able to finally taste their products which are; Highland Fresh white cheese, Gouda cheese, yogurt, milk bars and fresh milk. Now I know why these products are such a big hit everywhere, they taste extremely delicious!

Now it’s time for an adventure. After a short ride, we reached the shores of Molugan then took another ride this time by boat to reach their newest and emerging tourist destinations called “Burias Shoal”. 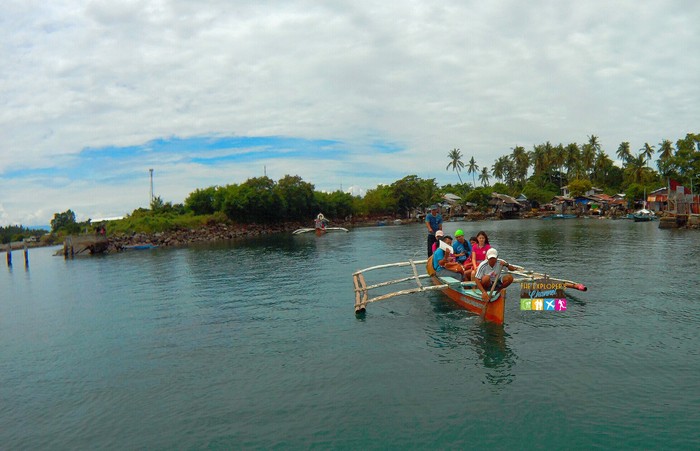 Burias means “islet”. It is 950 meters off the coast and is known as a 15-hectare marine protected area in El Salvador City. There are around 15 different types of corals, natural clams, fishes, seaweeds and sea grass present at Burias Shoal. In 2014, a patrol boat was launched by “Bantay Dagat” to protect the area from illegal fishing activities. 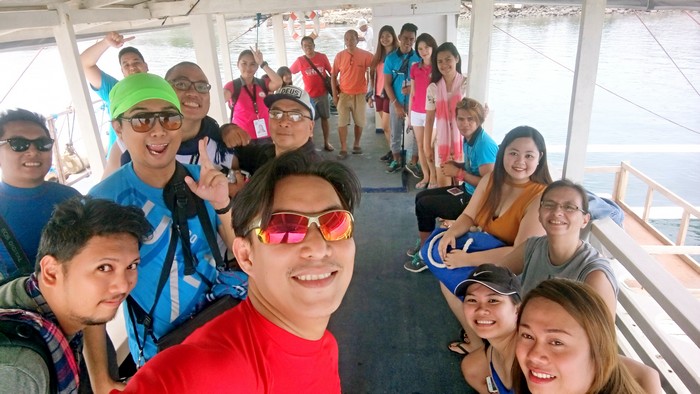 According to the founder of Burias, there is a problem known as “clam bleaching” wherein, clams die due to the extreme heat brought about the increase in sea temperature. This means that wildlife is badly affected by global warming and if we don’t do anything about it, the problem will get worse. 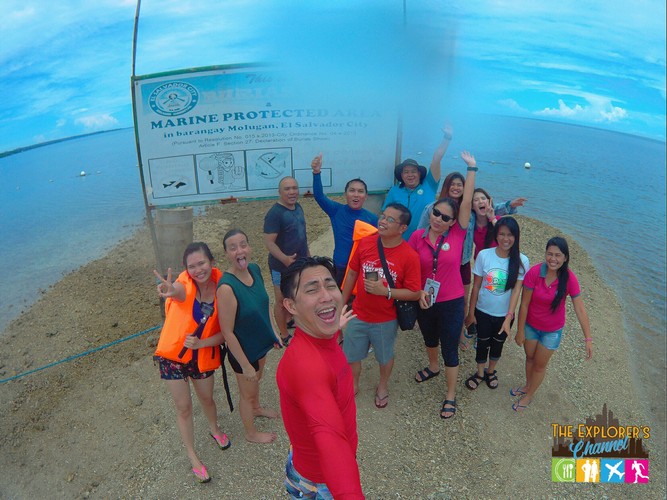 Despite of this concern, we were still amazed with Burias Shoal since it is surrounded by crystal, clear and pristine waters perfect for swimming and scuba diving. It’s a nice place to explore for those who love to go to the beach and explore wildlife.

BWWMI for me is El Salvador’s best kept secret. Who would have thought that great-tasting wine nests inside this silent gem in Misamis Oriental? 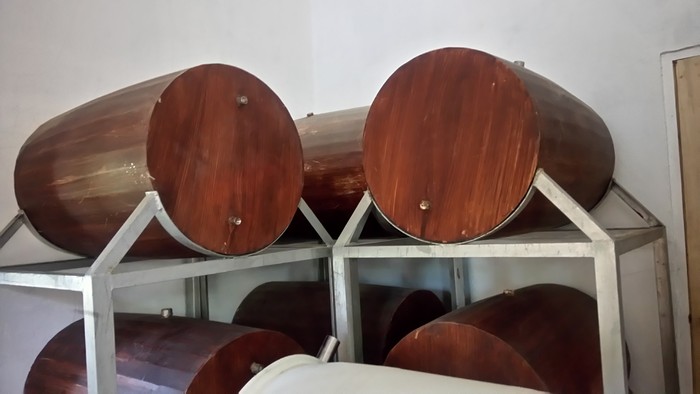 Bolisong Wine Makers Inc. is composed of 22 housewives who brew their own wine commercially. They started wine processing in 2006 and produce around 4,200 liters of wine every 4 months. Their wines are made up of duhat (black plum), cashew and watermelon. 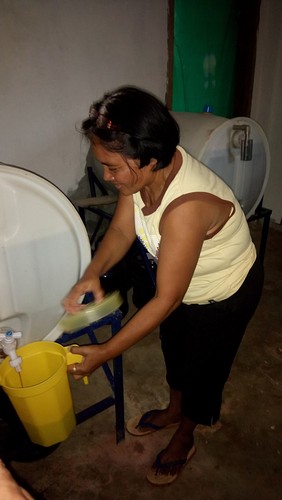 These fruits used to be considered as useless ones in their city but since they are abundant in their community, this group of empowered women made something great from them. Currently, they are selling their wines in El Salvador and 7 outlets in nearby city, Cagayan de Oro. 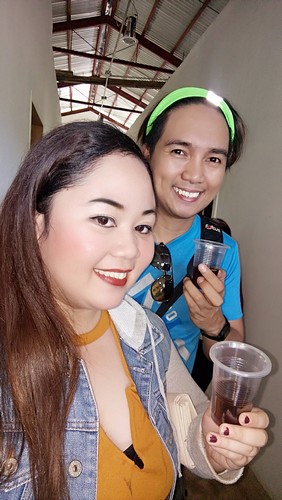 We had a taste of their duhat wine and I must say it was good! It is competitive and what I would consider as one of the best tasting wines in the world. The taste is smooth, light and has a mild kick to it. One bottle costs P230 if you purchase from one of the supermarkets in Cagayan de Oro. You should try it yourself!

This I must say is the star of the show. It takes a long ride being 17 km away from the main road plus a rough road trek worth 30-45 minutes (3,000-4,000 steps overall) to get to this destination. If you love adventure and trekking, this is the right destination for you. 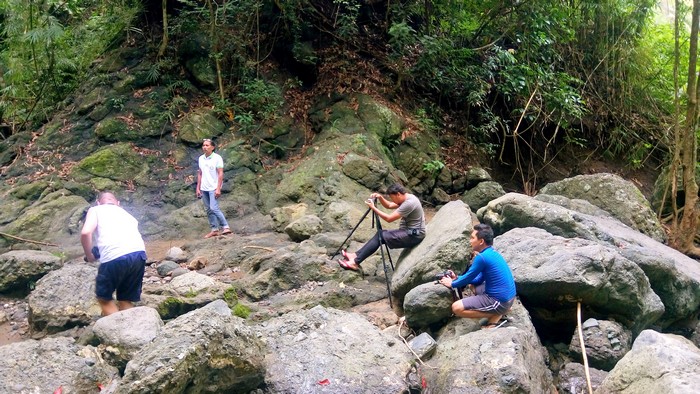 Though the trek got the most out of me and my energy, the view when we got there was really worth it. The captivating waterfall is so inviting and being surrounded by nature is so calming, rejuvenating. 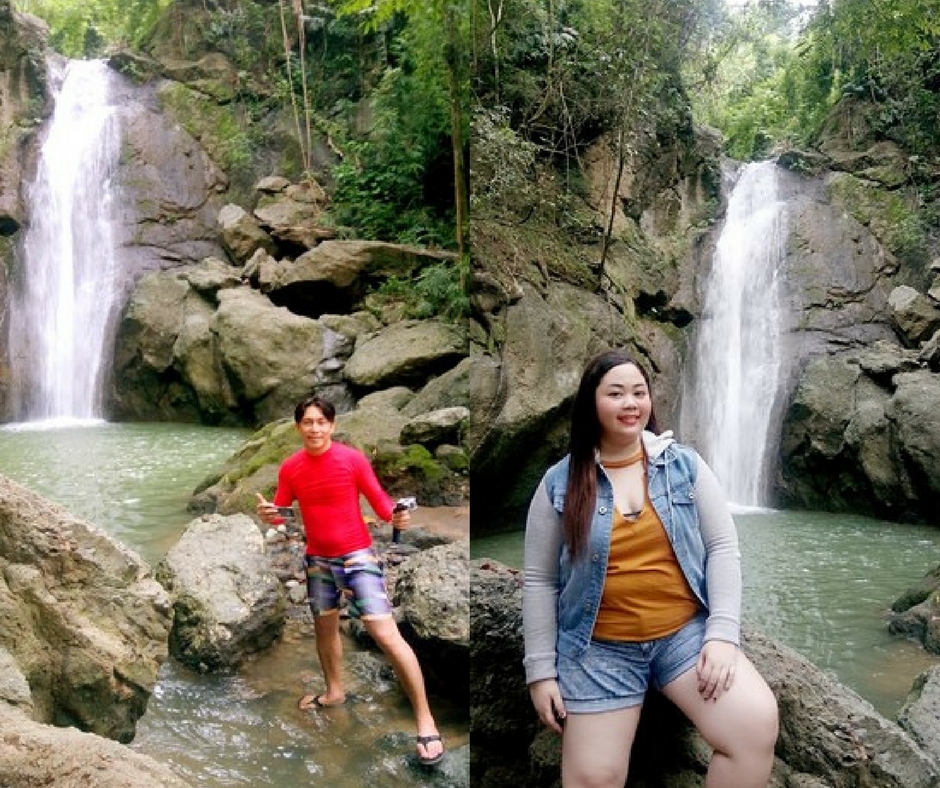 According to Ms. Jeen Clarin-Lopez, El Salvador’s tourism head officer, they did not fully develop the place so that visitors can really have an amazing and adventurous experience going to the place. 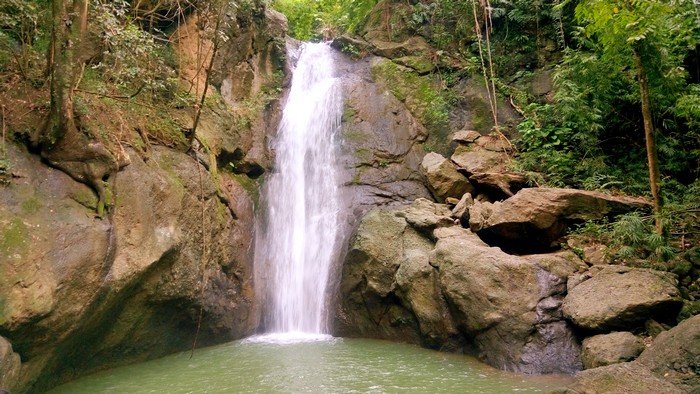 Before going there, just make sure to carry a huge bottle of water and don’t bring plenty of stuff because the trek is long and rough.

This is our last and final stop for our El Salvador tour. The Macau tree is more than 100 years old and is known as one of the city’s tourist attractions. There are plenty of trees and a grassy area that surrounds it but its presence really stands out. It is part of El Salvador’s rich history so it is really worth checking out! 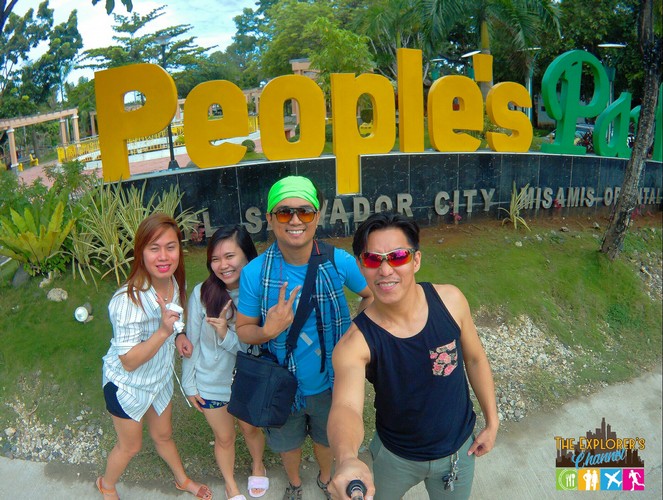