Louie Talents is a Kagay-anon artist that our city should be proud of. He was born in Cagayan de Oro but is now based in Paris, France and is making a lot of noise both here and abroad.

He finished college at Ateneo De Cagayan – Xavier University taking up a Bachelor Degree in Arts Major in Economics. He received a Loyalty Award in 2006 in the same school.

Last 2010, Louie became the first recipient of the French Embassy’s scholarship grant which enabled him to study one full term at Ecole Nationale Superieure des Beaux-Arts de Paris. In the year 2012, he was given an award of Merit by the Philippine Art Awards.

Here are some awards and citations Louie received:

Ever since he was a child, it was evident that Louie had what it takes to become an amazing and skillful artist. To show others what he could do, he joined various art contests while using watercolor, Cray-Pas oil pastels, crayons and charcoal as his medium.

His interest in art was like a flame that was put out when his father died. Louie was just 10 years old at that time and felt like his loss meant the end of the world for him. 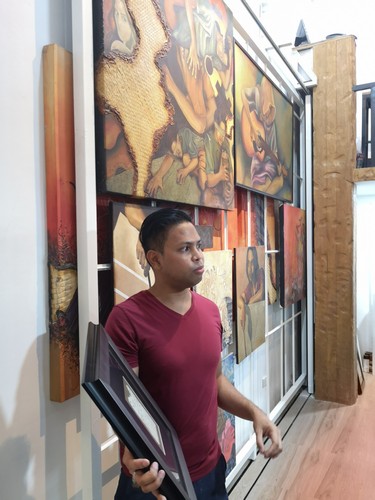 But that flame of passion for art was rekindled after Louie got hold of his Grade School notebook a few years later. This notebook was where he used to draw and it has a sentimental value to him. When he was already a 3rd-year Economics student at Xavier University, he decided to get back to developing his art prowess after he was tasked by the late Fr. Calvin Poulin, SJ to do the backdrop for every High Mass at the XU Chapel. So Louie did the backdrops and murals further awakening his love for art.

This event in his life as a student pushed him to pursue art by taking up Fine Arts at the University of the Philippines Diliman. After being able to complete his studies in Paris, Louie became more inspired than ever to create more art especially during the time he spent in an orphanage where he met Manobo kids after he graduated.

His Paris experience gave Louie a new perspective on art. His artworks became his passion and a form of expression of his feelings, thoughts and even became his medium to pay tribute to certain social issues. Through his works, he wanted people to have a different view of various issues. He wanted to affect the way people think and feel which can lead to a sharing of opinions on certain matters. Louie Talents’ works are always unique, creative and out of the ordinary. He uses unpredictable elements and materials that surprise people who see his works.

He then combined these pieces into works of art. This project was not well-accepted by some because the Bible is considered as holy but those who attended the exhibits, they saw these artworks as something that touched them and moved them to read the holy book. It helped them reflect on their faith.

Atten-Hut Art Project 2011 – It is a mobile site-specific installation of 21,000 toy soldiers for judicial reforms.

This project was created to commemorate the Philippine Independence Day in 2011 at Xavier University’s Lucas Hall. It was completed with the help of XU students.

That same year, the exhibit was installed at the Metropolitan Museum with the help of the Spanish Embassy and the Department of Foreign Affairs.

In June 2015, another 20,000 toy soldiers were installed at Museo de Oro for his Me and the Now art multimedia exhibit. The scene represented one of the most horrifying events in modern Philippine history – the Mamasapano Massacre. This project can be viewed as a running commentary on judicial reforms and related issues.

Meupia Art Project in 2013 – This is the project which really touched me. It’s like giving a connection between two distant races; the Filipino and French children suffering from cancer.

The Manobo children of Kisayab, Bukidnon and the French children of Les P’tits Cracks were involved in this project, Louie gathered the messages they sent to each other and formed them into this magnificent artwork. The message is like the French kids offering comfort to the Manobo kids. This artwork to me means, love means no race, no distance. We can all show love to people around the world through art. 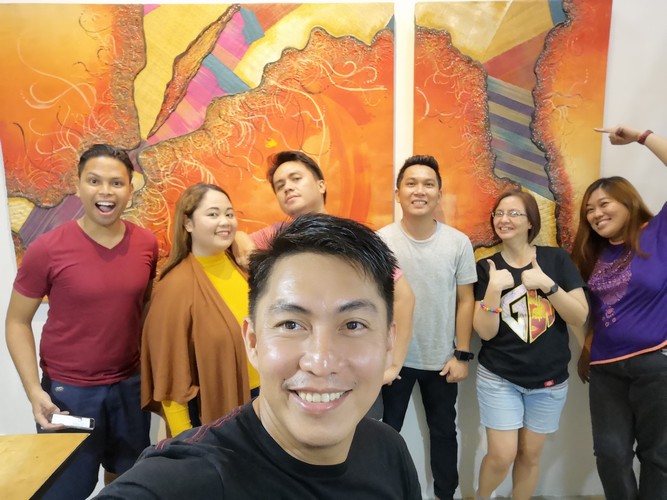 Through this project, Louie Talents was able to build a school for the Manobo kids out his proceeds from his artworks. The best part of these artworks is that some of them contain Mindanao fabrics such as Banig and Sinamay adding that Filipino touch to his works which he boasts in his exhibits here and abroad.

Posporo Art Project 2014 – The aim of this project is to raise awareness on social issues through matchsticks.

According to Louie; “These artworks are my response to the current events both social and political issues by channeling down my voice as an artist into a childhood object I used to play. Matchstick or ‘Posporo’ in our local term is an instrument to start a fire under controlled circumstances. The fire herein is symbolic and may represent a burning desire, a light to illuminate the darkness and a spark to keep the fire burning.”

Retrace Art Project 2015 – It is a concept and a process to revisit childhood memories through collaboration.

Bar Code Diary Art Project 2016 – It is a collaborative sequence of Various Artists into Vertical Bar and QR Code Diaries.

AN ARTIST EVERY KAGAY-ANON SHOULD BE PROUD OF

After being able to meet Louie Talents in person, learn about his past projects and see some of his works up close, I can truly say that he is Kagay-anon pride. 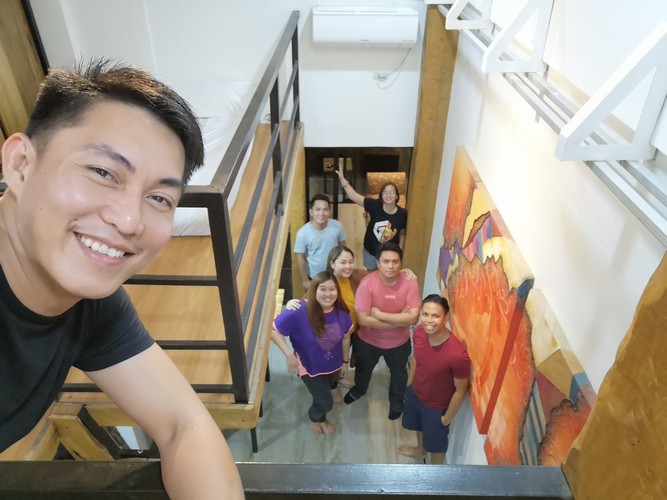 Never had I met a person who could convey his feelings, experiences, and ideas in such a creative way. Aside from that, what made me really appreciate him more is his aim to promote social awareness and give back to the community to his motherland, the Philippines.

Despite being in Paris now, he is proud to showcase Filipino products and Filipino art in a foreign land to show how competitive we Filipinos can be in terms of art globally.

He is the type of artist worth emulating. Next month, Louie Talents will have an exhibit in Paris, let us support him and bring his Kagay-anon voice even further in the hopes to awaken and help others appreciate art from a product of our hometown.

To learn more about Louie Talents, you may reach him through the following information: